Watch our very own Martin Hansen make an appeal from the district court’s judgment in an action challenging cease-and-desist orders issued under Oregon’s removal-fill law against railroad track repairs.

Court Description: Surface Transportation Board. Reversing the district court’s judgment in favor of the State of Oregon Department of State Lands, which sought to enforce a state environmental law in connection with railroad repair work, the panel held that the federal Surface Transportation Board has exclusive jurisdiction over railroad repair work done at the direction of a federally regulated rail carrier but performed by a contractor rather than the carrier itself. The plaintiff, a non-profit operator of tourist trains, had entered into an agreement with the Port of Tillamook Bay, a federally regulated railroad, to repair a railroad track. The plaintiff alleged that the Oregon law, known as a “removal-fill” law, was preempted by the Interstate Commerce Commission Termination Act, which governs federal regulation of railroads. The panel held that the repair work done by the plaintiff under its agreement with the Port fell under the Board’s jurisdiction because the work was done under the auspices of a federally regulated rail carrier and was sufficiently related to the provision of transportation over the interstate rail network. The Oregon law therefore was preempted as applied to this work. The panel reversed the district court’s judgment and remanded for further proceedings with respect OR. COAST SCENIC R.R. V. OR. DEP’T OF STATE LANDS 3 to preliminary and permanent injunctive relief and declaratory relief. [ source: Oregon Coast Scenic Railroad vs. Oregon Dept. of State Lands ] 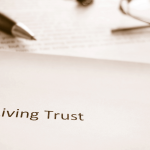 Top 5 Things to Include in Your Living TrustUncategorized